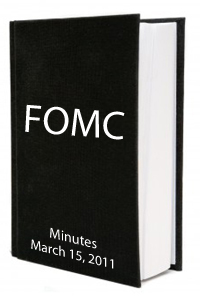 The Fed Minutes is similar to the meeting minutes released after a condo board gets together, or after a meeting of the Board of Directors at a large corporation. The minutes give a detailed account of the important conversations and debates that occurred among the attendees.

At the Federal Reserve, those conversations are deep and, as such, the minutes are long; much longer than the more well-known, post-meeting press release anyway.

In addition, there was talk about ending the Federal Reserve’s accommodative monetary policy (i.e. the near-zero percent Fed Funds Rate). The FOMC’s voting members unanimously elected to leave the Fed Funds Rate near 0.000 percent last month, but there was talk of raising the benchmark rate later this year.

Conforming and FHA mortgage rates in Walnut Creek are mostly unchanged since the Fed Minutes release.