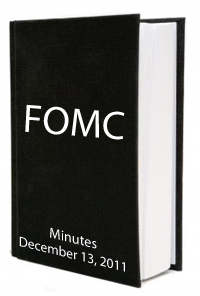 The Federal Reserve has released the minutes from its most recent Federal Open Market Committee meeting. The Fed Minutes are a detailed meeting recap; the companion piece to the more brief, more well-known press release.

As a comparison, the minutes of the last FOMC meeting contained 60 paragraphs and 7,027 words. The post-meeting press release was just 5 paragraphs and 382 words.

Recent data suggests that the U.S. economy is expanding, the Fed said, but “strains” in global financial markets pose “significant risks” to the downside. This tell us that the Fed believes its economy-stimulating programs are working, but that officials remained concerned by events in the Eurozone.

The U.S. economy could be impacted by fallout.

The Fed’s analysis was of little surprise to Wall Street, and going forward, Fed Chairman Ben Bernanke wants to keep it that way. The Fed Minutes contained a passage regarding market communication, and how the Fed will be more pro-active about it in the future.

With the release of its minutes, in a section called “Market Policy Communications”, the Federal Reserve showed its plans to release 4 times annually its economic forecasts, and plans for the Fed Funds Rate. This signals in a shift in Federal Reserve transparency.

The Federal Reserve will begin including the forecast in its economic projections beginning after its next policy meeting, January 24-25, 2012.

Mortgage rates in California were little changed after the release of the Fed Minutes.