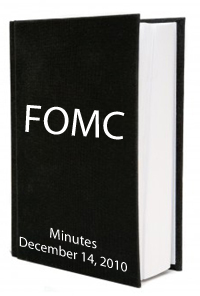 The Federal Reserve released its December 14 meeting minutes Tuesday afternoon. There wasn’t much there to disturb mortgage markets, thankfully.

The “Fed Minutes” is an official recap of the most recent meeting of the Federal Open Market Committee. It’s published 8 times annually, 3 weeks after the FOMC adjourns.

The Fed Minutes is similar to the meeting minutes released after a corporate conference or condo association gathering in that they provide additional details about the conversation and debate that occurred between meeting attendees.

In response, conforming mortgage rates in California are unchanged today.

The no-change in rates is welcome news for this month’s home buyers and other people wanting to get a jump on the “Spring Buying Season”. Mortgage rates have been trending higher since November, erasing 7 months of gains in 7 weeks, and rapidly approaching the psychologically-important 5 percent figure.