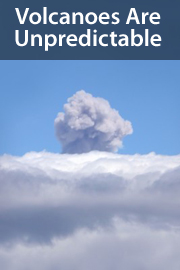 The year is half-over. It’s an opportune time to take stock of analyst predictions made at the start of the year, and to recognize that the “experts” can be wrong as often as they are right.

For as much experience and authority an expert brings to the conversation, though, nobody can accurately predict the future.

As such, there’s often disagreement.

As a layperson, how do you know who will be right?

In short, you can’t.

Predictions are a tricky business because they’re guesses about the future based on the world as it exists today. When the predictions listed earlier were made, the world was a different place.

A lot has changed since January:

None of these events had occurred as of December, when the original predictions were made. Yet, each of these developments has made a deep impact on housing, and on the economy.

So, what’s a Lafayette homeowner to do? Think of the present instead.

First, mortgage rates are low today — extremely low by historical standards. Second, home values have been slow to rebound through most U.S. markets. Combined, these factors have made homes more affordable than it any time in recorded history. It’s not only cheap to buy a home right now, it’s cheap to refinance one, too.

Analysts are saying the home prices will rise this year, and mortgage rates will, too. Those predictions may ultimately be proven true. Until the future arrives, though, those predictions are just guesses.